In 1966 a woman named Louise Pascale visited Afghanistan as part of the Peace Corps. She stayed in Kabul, where she taught English. While she was there she worked with the students to create a songbook, filled with the local children’s melodies. The next 40 years found the country beset by war. Music was first censored, then banned outright. Instruments were hidden, or worse destroyed. And the list of forbidden things grew to include almost all artistic expression other than religious rites.

In 2002 Pascale rediscovered the book and realized that these songs has in all likelihood become foreign to the country of it’s origins. She knew then what she must do, and spent years working alongside Afghan musicians, ambassadors, printers, and distributors to get her songbook into the hands of those who truly needed it – the struggling children of Afghanistan. The books began distribution in 2009, to great success and applause

You can read more about Pascale’s story here, and find an interview of it here.

We tend to think of culture as something that is ever present, always around us. And yet, as seen, it is strangely easy to destroy and extinguish. Culture depends on people, on communication and the passing of information. Mothers share knowledge with their children, so they inherit her culture. In a war torn landscape where many children have lost family members, where they struggle to survive, where for the entirety of their lives free expression was outright forbidden, the foundations of their heritage are all but gone, just faint whispers over the dusty landscape.

For culture to continue there must be learning, there must be education. Songs, stories, art, traditions, all are passed down to the younger generation just as much as reading and arithmetic. For Afghanistan to return to a state that it was before war, it must be allowed to grow and regain it’s past, and that depends on the lives of the children that will continue it’s future. These children need a chance to learn, not just for their sakes, but for the sake of a keeping an almost burnt out fire alive. Afghanistan needs the chance to hold onto it’s people. 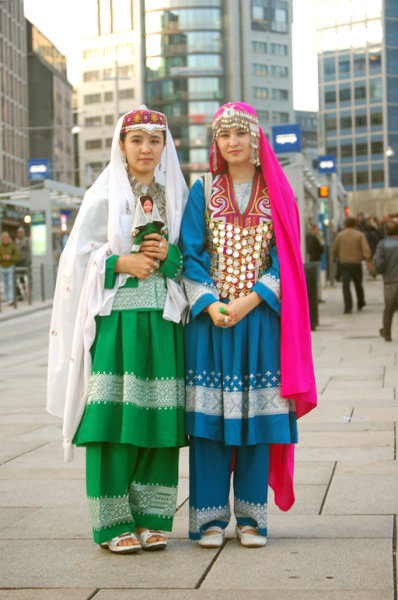