One of the most rewarding parts of working on this school supplies drive is receiving photos of the children in Afghanistan to whom the US and NATO troops deliver them. Even though the actual USF Honors course “Social Media, Social Change: One Pencil Can Help Make a Difference” officially ended on May 10, 2011, the results of the work the students performed in this class are being felt literally around the world. 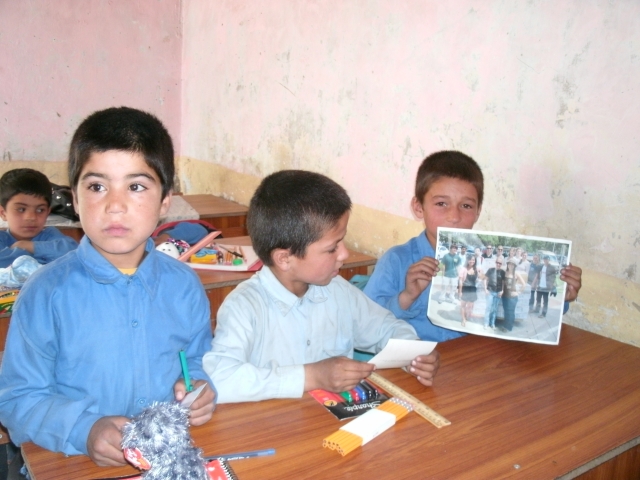 Afghan school children hold their new school supplies and a photo of the USF students who sent the shipment May 2011.

These photos say it all. This shipment from the USF Honors students was delivered over the summer.  You see the Afghan boy holding up the photo of the USF students who sent the items. Thanks to our Facebook page I could share that photo with the students immediately and they were blown away to see the supplies they spent months collecting actually reaching their destination. Below is the original photo of the shipment leaving the USF campus on last day of Spring classes. 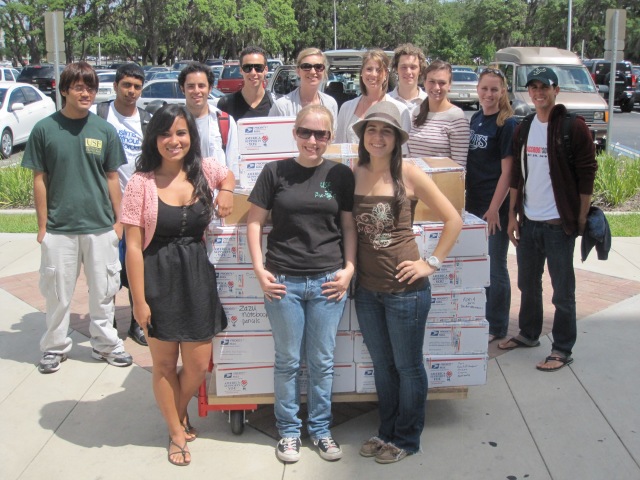 USF Honors students with their third shipment leaving campus in May.